The Working Principle of a Car

As an obvious question as it seems, yes, a car, it is a box made of metal and other elements and which have four wheels and can take you from point A to B. on a serious level, it is more than that. In more scientific terms, a car is a machine that converts energy. The energy is locked in diesel or petrol fuel. It gets converted to mechanical energy. the energy is then turned to kinetic energy on the wheels and the gears. One of the challenges faced while building a car is getting as much energy from each drop of fuel.

If you’re rebuilding an old vehicle, including the engine, you might need to have the car towed home to your shop. One company that specializes in classic cars is https://www.sfcitytowing.com. They’re on the west coast, but we highly recommend them if the vehicle is valuable enough to pay for them to come to you.

The engines are made of cylinders. The number of cylinders found on cars varies from two up to twelve. These are the chambers where fuel burns. The cylinders are made of super-strong metal. They are tightly sealed but on one end they open and close like pumps. They have plungers called pistons that slide up and down. There are two valves on each cylinder which let things out or in. The valves are the inlet and outlet where the inlet allows air and fuel to the cylinder and the outlet lets out the exhaust gases. Also, a cylinder has a spark plug at the top that makes a spark to set fire to the fuel. At the bottom of the cylinders is a crankshaft which is a turning axle. The crankshaft supplies power to a gearbox which subsequently drives the wheels.

The Essence of Many Cylinders of a Car 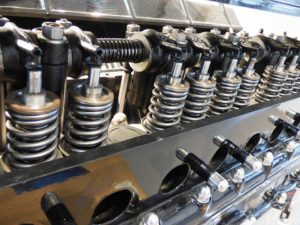 the more cylinders an engine has the more power it produces and the faster it goes. One of the problems the four-cylinder engine has is that the crankshaft gets powered only on a single stage out of the four. Increasing the number of cylinders increases the powering of the crankshaft and this results in more power and more speed. This is the main reason why fast cars have engines which have more cylinders. most importantly, the size of the cylinder also matters a lot. This now narrows down to two factors the bore of the cylinder(diameter) and how far the piston can move within the cylinder(stroke).

Equally as interesting, is suspension and everything that goes along with it. If you’re interested in this subject, check out our article on handling.

automobile how does it work

Handling involves the performance of the vehicle on the road. How the car swerves while turning handles curves on the {...}

Your motoring experience could be highly impacted by making some driving adaptations on your vehicle. These adaptations improve a vehicle’s {...}